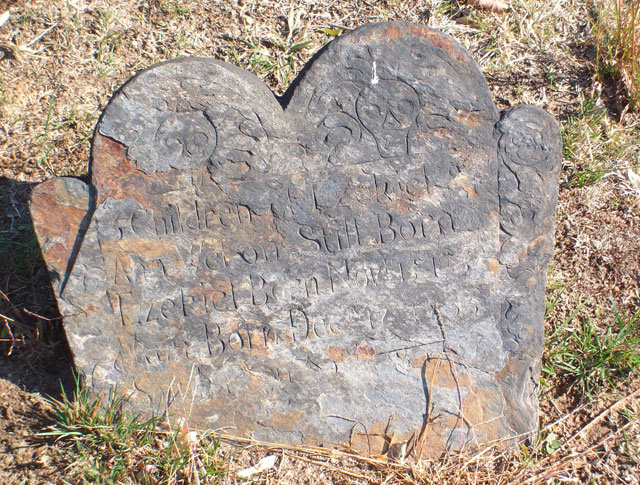 Today’s horror story photo inspiration takes a closer look at a stone in the Milford Cemetery in Connecticut — one of my favorite places to visit, and one featured here before.

I’m not sure if you can make much of the inscription out in the web-friendly version of this photo above, but it’s a grave marker for not one child, but three.

In a previous post I talked about having a miscarriage, and how the extreme emotions involved influenced one of the stories I’m working on. As if going through something like that wasn’t awful enough, I can’t even imagine what this family went through.

Could there be anything more horrific than losing multiple babies near the end of the pregnancies, having to repeatedly bury your young? A setting like this doesn’t need much imagination when it comes to inspiring stories.

Then again, think about the time difference. In the 1700s, it wasn’t all that uncommon for families to lose one or more babies or young children. They picked up, moved on, and had other children, largely out of necessity.

What if you transplanted that reality into a more modern setting? What if lower survival rates weren’t necessarily the “norm,” but a new reality due to disease or some other societal change? How might it impact people? There’s a story in that somewhere.