To continue the photo series on story setting inspiration, today I’d like to share a series of four photos. These were taken in Milford, Connecticut — a New England town my Puritan minister ancestor founded in the 1600s, and the town whose cemetery I featured previously.

Today, I want to share four photos I took of Charles Island. This is a small island off the Milford shore, accessible when crossing the sandbar at low tide (technically a tombolo that’s covered mostly in rocks and shells). Here’s a shot of Charles Island taken from the beach at Silver Sands State Park with the tombolo mostly above-water. 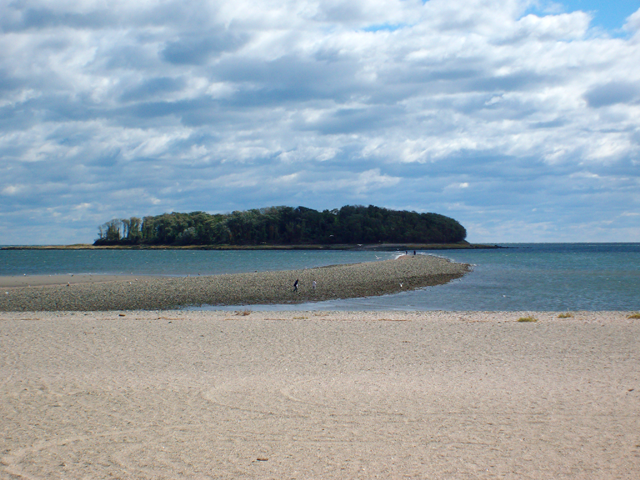 The island is an interesting place. If you get to it, you can technically only explore the outer perimeter.

The rest of the island is fenced off. If you peer through the fence, you can see ruins of old stone buildings. Here’s a photo I took through a hole in the fence (I was a good girl and didn’t go to the inner island). 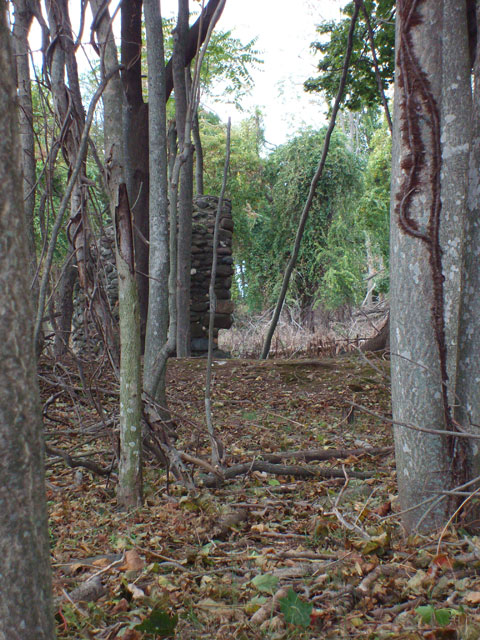 To add to the history and legend of Charles Island, there are stories of Captain Kidd burying treasure there while he was en-route to Boston where he was arrested, sent back to England, and ultimately hanged for piracy and murder.

The island isn’t fenced off to keep nosy kids from digging for pirate treasure though. It’s a nature preserve to protect local birds, such as the egrets in the photo I took below:

Despite the rumors of it being haunted, cursed, and everything else you’d imagine of a secluded little island like this, the fun part of Charles Island is actually getting off it before the tide rises. And by “fun” I mean a slightly terrifying adventure that left me wanting to strangle the person who shared the supposed tide schedule with me that day.

I took this final photo on my way back across the tombolo. You can see the rocks ahead of me already starting to go underwater. 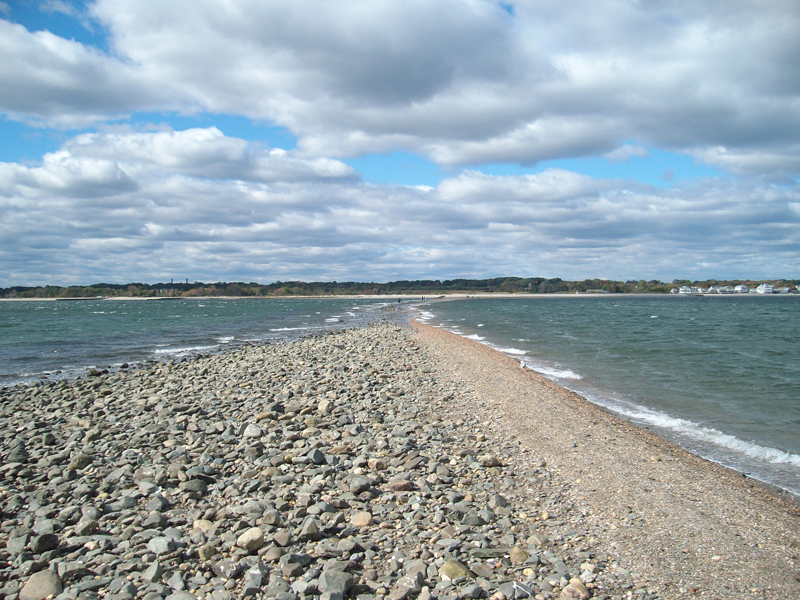 By the time I made it that short distance, the tide had risen so much that I was a little more than ankle-deep in water.

That might not sound too bad, but I can assure you it was terrifying at the time. It was also an “on a whim” thing and I was wearing flip flops that day. I had to take them off as the water rose and get through it barefoot on slick rocks. To make matters worse, the person I went with made me go first and kept pushing me along (literally pushing me) because they were starting to panic and they wanted to get across faster without me being out of their sight (because, you know, looking behind you every now and then is super hard).

The current is also pretty bad in this area. People have had to be rescued from the island after being stranded when the tide rose faster than they expected. And people have died trying to beat the rising tide back to shore. A man was swept off the crossing and died the summer following when these photos were taken. So yeah, as much as I’d love to go back to Charles Island, the bad timing is not a mistake I’d want to make again.

I don’t plan to use all the setting inspiration photos I share here on the blog in my own stories. But Charles Island is one I definitely want to tap. There’s too much potential to ignore it. While I don’t intend to base any story on Charles Island itself, I see it inspiring completely fictional locales.

Kids getting stranded on a haunted island, ghost pirates protecting a treasure, something in the water luring tourists to their deaths — I haven’t settled on any single idea yet. But I can easily see a short story or two coming out of my little “adventure” to Charles Island.